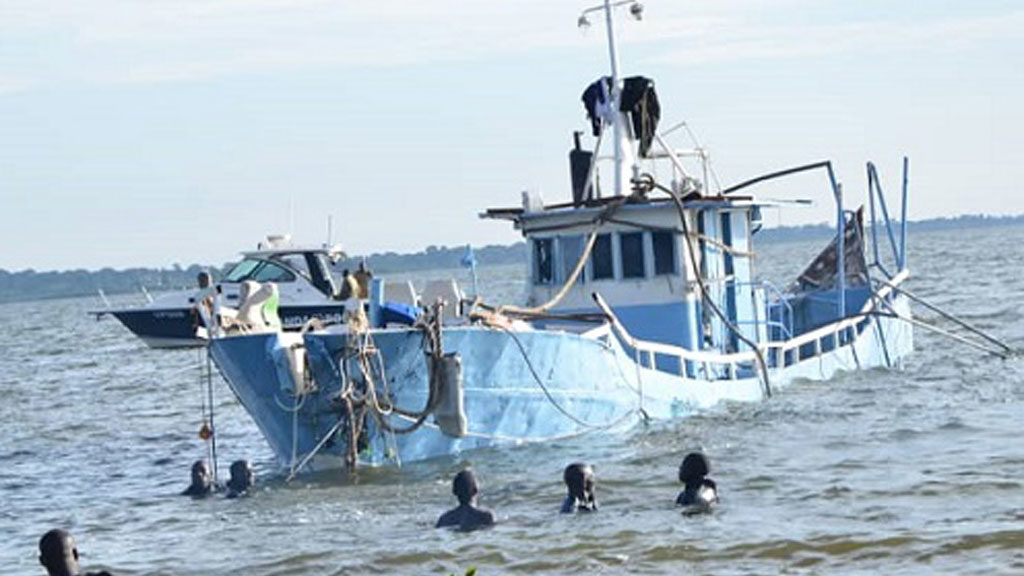 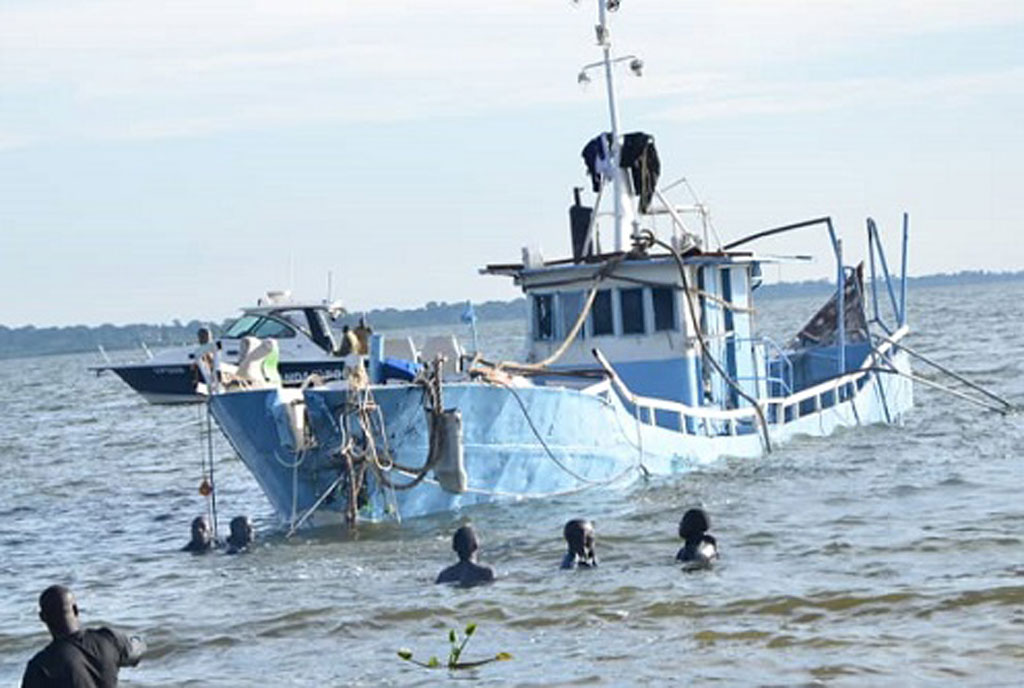 Today, November 25, 2021, marks exactly three years since what could easily pass as the darkest moment in Uganda’s modern maritime history happened. On this day 31 people aboard MV Templar lost their lives after the boat capsized on Lake Victoria.

Mv Templar was ferrying partygoers from KK Beach in Ggaba to K-Palm Beach in Mukono and it is said that over 100 people were on board when it capsized. Among those were socialites, royals’ musicians, and the wealthy.

It started as a rumour on social media with many writing it off as ‘fake news’ until mainstream media, confirmed the news at around 9:00 pm, sending the country into weeks of mourning.

Deputy police spokesman Patrick Onyango reported bad weather and overloading as the cause of the accident. “The boat was overloaded and secondly there was bad weather.”

More than 20 people were rescued and among those was Prince Daudi Kintu Wasajja, a brother to the King of Buganda, and musician Iryn Namubiru among others.

According to several reports, the people on board had no lifejackets. Local officials said two small fishing boats that came to the rescue also became overloaded and sank as well. 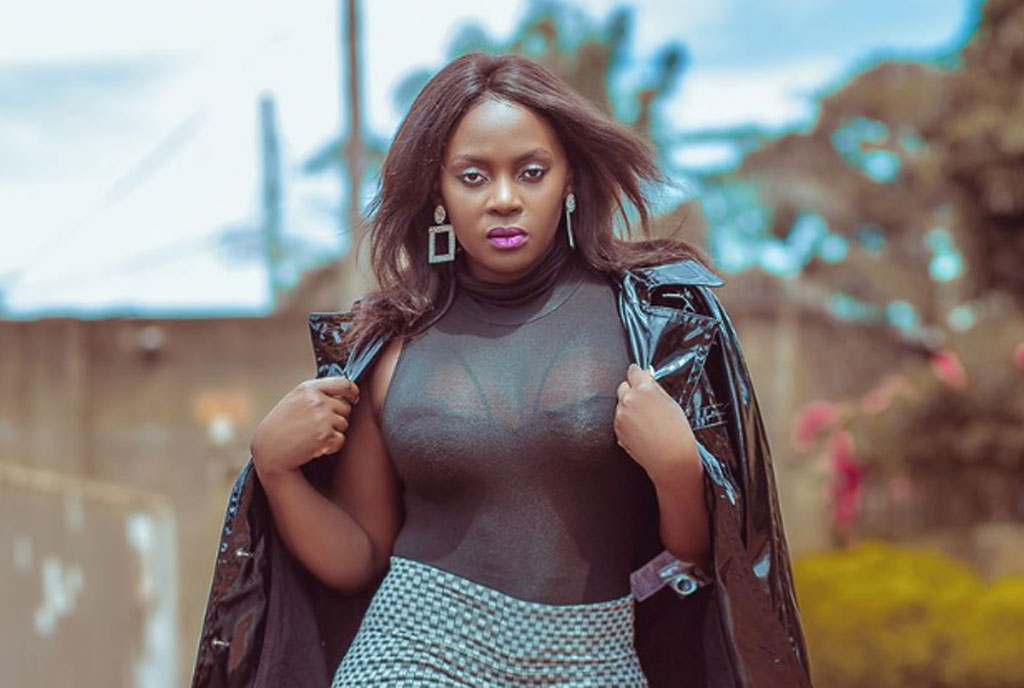 The veteran musician through a Facebook post narrated how she survived the accident. She said that she had second thoughts on going for the trip but because Mr. Hope Mukasa, her close friend called and convinced her, she obliged.

“Around 2:10 pm. Hope calls me again to ask if I wasn’t really making it. He persuaded me to give it a try. I was like, “but what if I start preparing and within no time to the boat comes?” He said, “No, you come.” I dressed up and drove to Ggaba. He directed me to the place. I finally arrived at a quarter to 3:00 pm at KK Beach. He saw me from a distance and waved, so I found them at a table,” she narrated.

She added that people were downing double Black Labels and other whiskeys and Cognac like it was their last day and anything one asked for, they were served by the bottle.

“I didn’t know who was financing it, but they told me it was a gentleman called Freeman. I didn’t know him, but they were telling me there is Freeman who paid for everything, so everything was free.

On the big boat, Iryn said was music booming and it was full or even overbooked. She said she had no life jacket.

The boat that had dropped us was going back with life jackets, so I called it back and said, “We need to get life jackets. I cannot be on this boat without a jacket.” So they got us three blue lifejackets.

“There’s a guy who got one, one for me and one for Hope. I wore my jacket and fastened it right away, and then I remained on the boat.” She added that many never had a jacket, and many who had did not even fasten them.

Along the way, she realized the boat was always bending on one where she was and the DJ kept on telling them to “balance the boat, please balance the boat,” but people got on that boat drunk already.

Despite learning how to swim at Namasagali College where it was compulsory, she always panics and swallows water whenever she tries. “This time around I did not panic. I held my breath for about 40 seconds or a minute – thanks to my voice breath control techniques and training for music – and thanks to swimming lessons, I was peddling underwater to get up.”

She was saved by a man who saw her phone. “The guy in a boat came straight to me. He told me: relax, relax. Don’t shout. First come. Come closer. He asked me for the phone. I gave it to him and he held my hand. I failed to carry the bag, it was so heavy. He took it and put it in the boat and he pulled me in. Once in the front of the front of the boat where I fell, I could not move. My legs froze and I felt like I weighed a tone. I gathered energy and pulled myself to the back of the boat feeling like my lower part was numb.”

Nine people reached the shore out of the ten that were rescued. 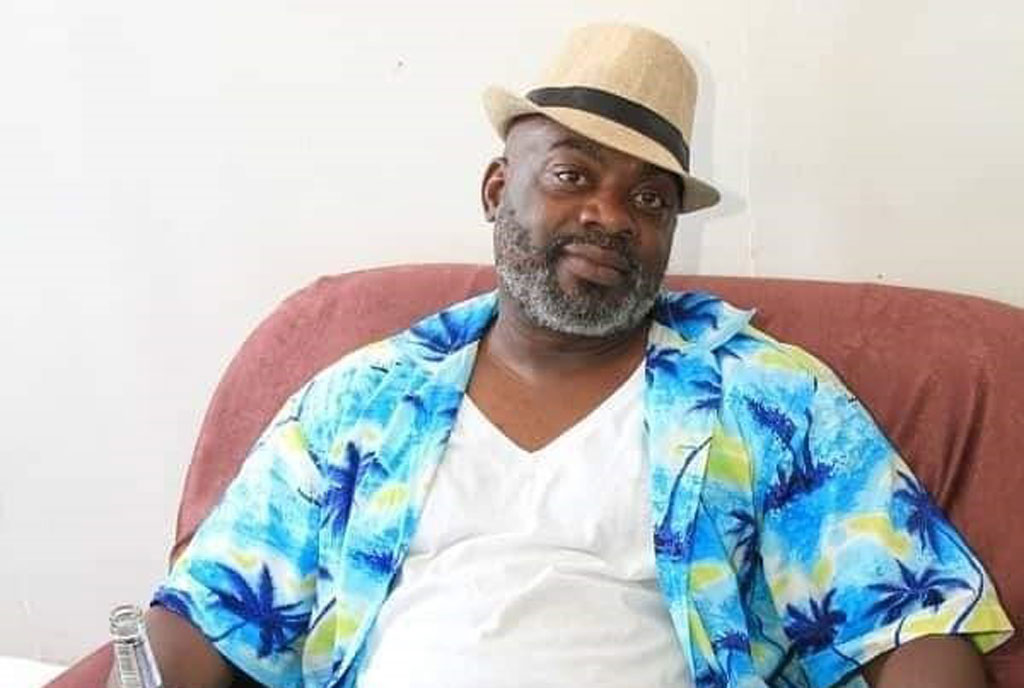 33-year-old Prince Arnold Simbwa repented and turned his life to God after the ordeal. He shared his testimony and admitted that like many others who got onto the MV Templar boat, his family members had no clue where he had gone.

“If you have watched those videos taken before the boat capsized I was that guy that was dancing on top. I was very drunk. When I got down I decided to take a power nap onto a very loudspeaker. The music was so loud but I slept off,” he said. He was only woken up by a wet sensation he felt in his shoes. “I thought I had urinated on myself but upon checking myself I realized that water had gotten into the boat.” He said.

The boat was being rocked from side to side and the generator and the music speakers fell into the water which Simbwa said was the revelers’ first warning that there was trouble.

And trouble indeed came when a big wave hit the boat forcing it to capsize, with his state, Simbwa chose not to swim because he knew he would probably drown so he decided to hold onto the boat.

He says that while holding onto the boat, he said a prayer to God and asked him for only one chance to repent all the wrongs he had done.

“I said ‘God please help me. My children are still young. Give me a chance to raise them.”

Simbwa did not jump onto the first rescue boats because they were overcrowded and he could tell that they would also capsize. When the third boat came, the fisherman asked him to only hold onto it, and not get inside because it was also already fully loaded.

However, Prince Simbwa succumbed to hypertension in April this year (R.I.P). 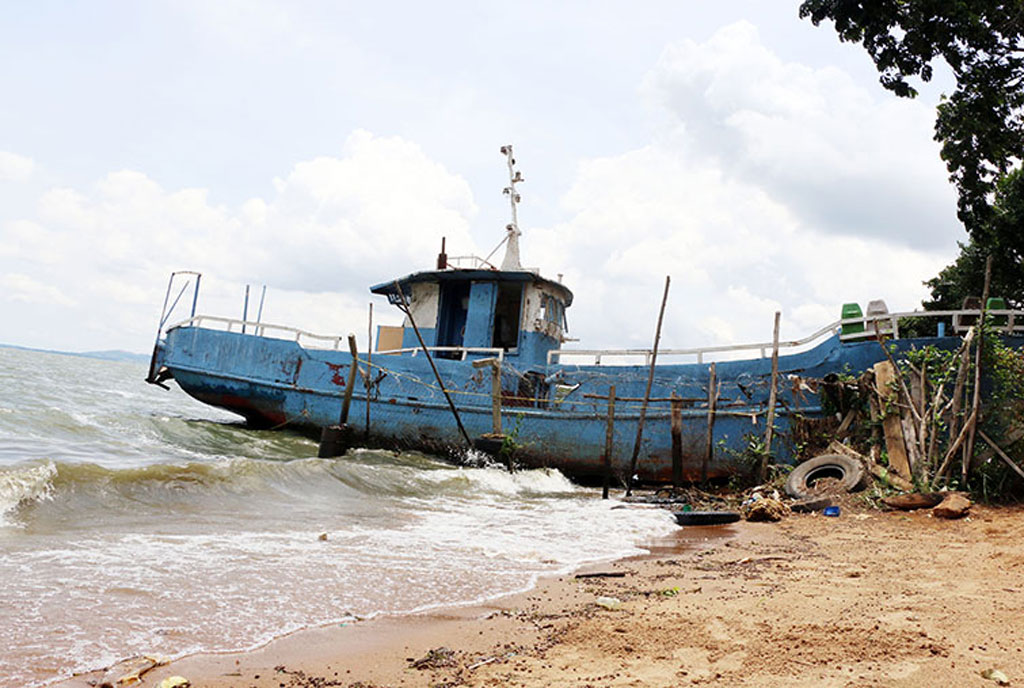 According to some government officials, the MV Templar was in bad condition and had been grounded for over three months before its final journey. Other sources claimed that the boat was flagged down not to make the journey but the owners refused to heed the call. The remains of MV Templar are now abandoned on the shores of Lake Victoria. What remains of the captain’s cockpit, is now a deserted place occupied by cobwebs.

My souls of those who lost their lives continue resting in peace.

Don’t want to miss out on any story? For updates on all Sqoop stories, follow this link on Telegram: https://t.me/Sqoop