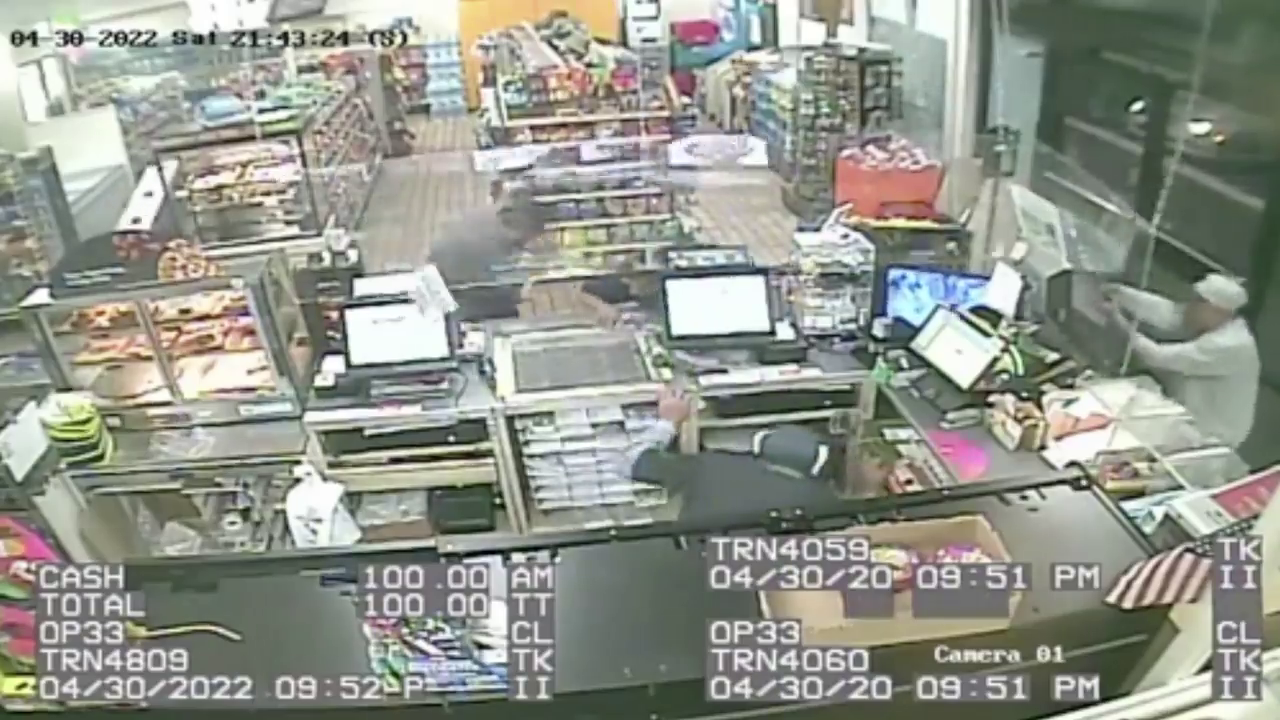 The Montebello Police Department is asking for the public’s help to identify two men wanted in connection to an April shooting at a convenience store.

The two men were captured on security camera as they opened fire on each other inside a 7-Eleven store around 9:50 p.m. on April 30.

The convenience store, which police say is located at the intersection of Beach Street and Greenwood Avenue, was full of customers when the two men appeared to get into some type of verbal altercation.

Security footage shows the two men exchange words before one man pulls out a firearm and points it at the other. The other man runs to the opposite side of the store and pulls out his own gun and the two begin firing at one another.

Despite the rapid exchange of gunfire, no one at the scene was hurt, police say.

On Thursday, the Montebello Police Department released the security footage in hopes that someone may recognize either of the men. Anyone with any information about the shooting is urged to contact Det. Fivecoat at 323-887-1247. You can also provide an anonymous tip by calling 1-800-222-TIPS.