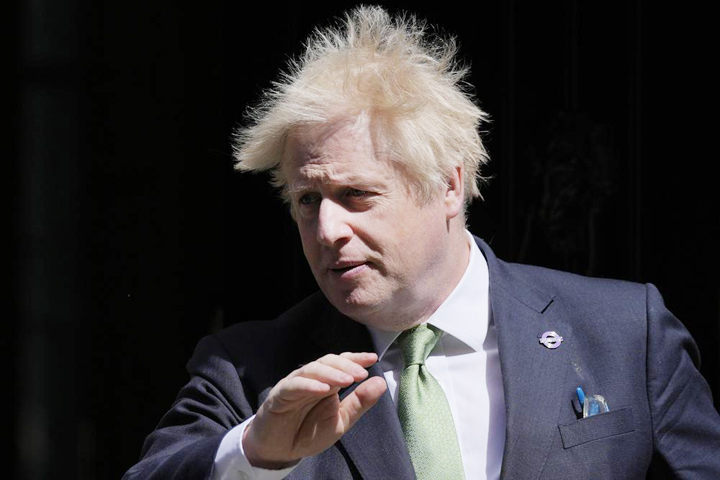 Britain’s Metropolitan Police said Thursday it has concluded its investigation into breaches of COVID-19 regulations at British government offices, including Prime Minister Boris Johnson’s official residence, with a total of 126 fines issued over the offenses.
Police said they issued fixed-penalty notices to 53 men and 73 women for gatherings that took place on eight dates between May 2020, at the height of the first wave of the pandemic, and April 2021. Some people received multiple fines. The case has been dubbed “partygate” by the media.
The conclusion of the police investigation means that results from a separate probe by a senior civil servant, Sue Gray, can now be published. Government officials say the Gray report, which is being closely watched for the extent to which it censures Johnson and his Conservative government, will be published as soon as possible — though this is unlikely to be before next week.
Johnson apologized last month after he revealed that he was among dozens of people who paid a police fine for attending lockdown-breaching parties and gatherings. That made him the first British leader to be sanctioned for breaking the law while in office.
Revelations that Johnson and other senior officials gathered illegally in government buildings — including enjoying “wine time Fridays” reportedly organized by Johnson’s staff — at a time when millions in the country stuck to government lockdown restrictions to slow the spread of COVID-19 have angered voters and triggered calls for Johnson to resign.
Johnson’s spokesman said Thursday he will not be receiving any more fines on top of the one he has already paid.
“The Met has confirmed they are taking no further action” against the prime minister, spokesman Max Blain said.
Police do not identify the people who received fines, but Treasury chief Rishi Sunak, as well as Johnson’s wife, Carrie, have said they were among those fined along with Johnson for attending a birthday party thrown for the prime minister.
Opposition parties called for the Gray report to be published without delay.
“The public made huge sacrifices while Boris Johnson partied, they deserve the full truth,” Ed Davey, leader of the Liberal Democrats, tweeted.