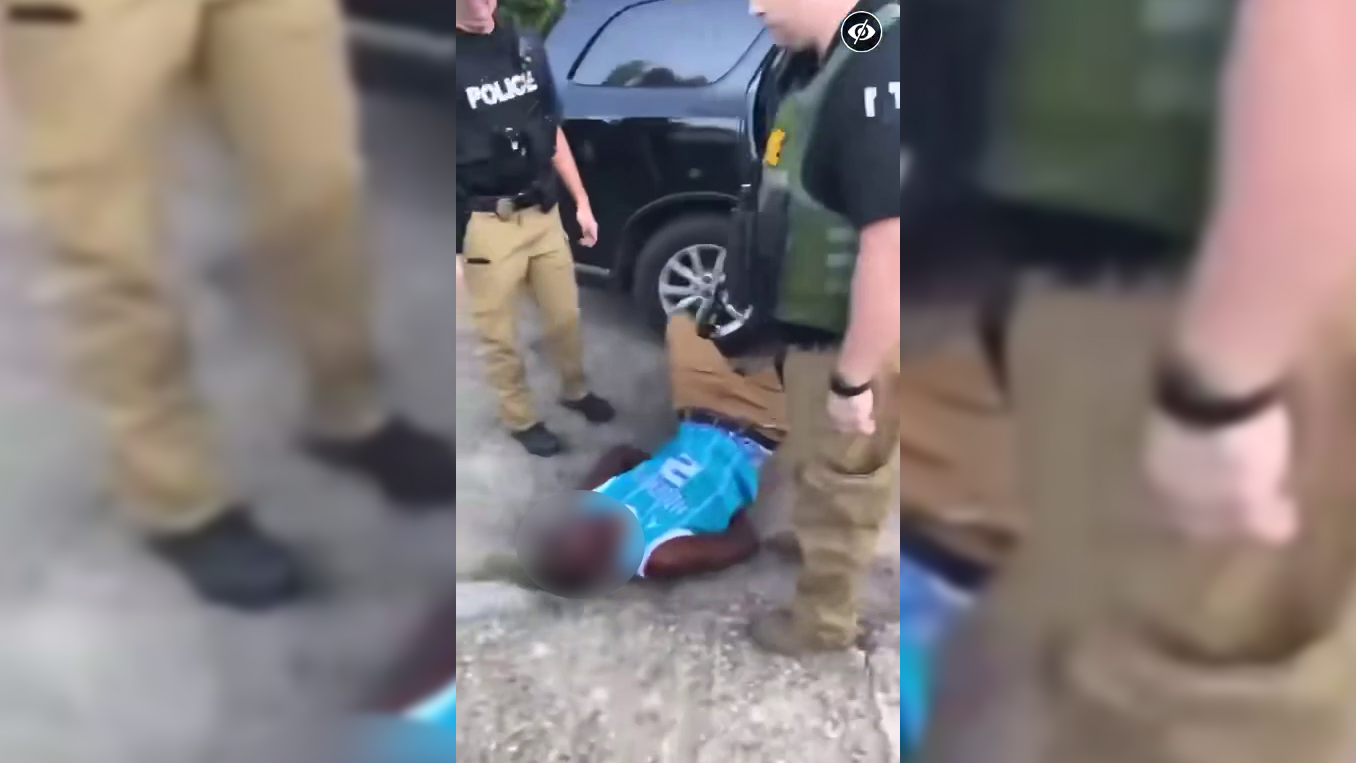 A video of a handcuffed Black man being tasered by police despite showing no signs of resistance has caused outrage among Black residents in Tallassee, and a city councilman is promising a “very thorough investigation” of the incident.

Perry Jackson was at a family party on Sunday, when police arrived after receiving a report of gunshots at the address, according to two people familiar with the incident. The sources asked not to be identified because they are not authorized to speak publicly about the incident.

According to the sources, a weapon had been fired earlier, but there was not an altercation or threats of harm.

Police arrested only Jackson – who did not fire the weapon, the sources said – on an outstanding misdemeanor warrant for failure to appear.

As two Tallassee police officers were moving Jackson toward a patrol car, his hands cuffed behind him, they stopped just outside the open car door and began to pat Jackson down. An unidentified person could be heard asking for Jackson’s cell phone.

Jackson, his hands still cuffed behind his back, attempted to toss the phone to the unidentified person.

Roughly 20 seconds later, with Jackson standing in the open car door, appearing to comply with officers and speaking calmly, one of the officers fires a taser into Jackson. Jackson drops to the ground.

Tallassee police chief Todd Buce told the Tallassee Tribune that it was the cell phone toss – which he says struck one of his officers – that led to the tasing some 20 seconds later.

“He struck one of my officers with a cell phone,” Buce is quoted as saying.

Attempts to reach Buce and Jackson on Tuesday morning were unsuccessful.

Tallassee City Councilman Damien Carr said he was very troubled by the video, because “it looked like the man was already detained” when the taser was deployed.

“It didn’t seem to me that there was any threat there,” Carr said. “But it’s still being investigated so I don’t want to say too much. But there will be a very thorough investigation, because that’s my ward where this happened and I’m going to make sure the investigation is done properly.”