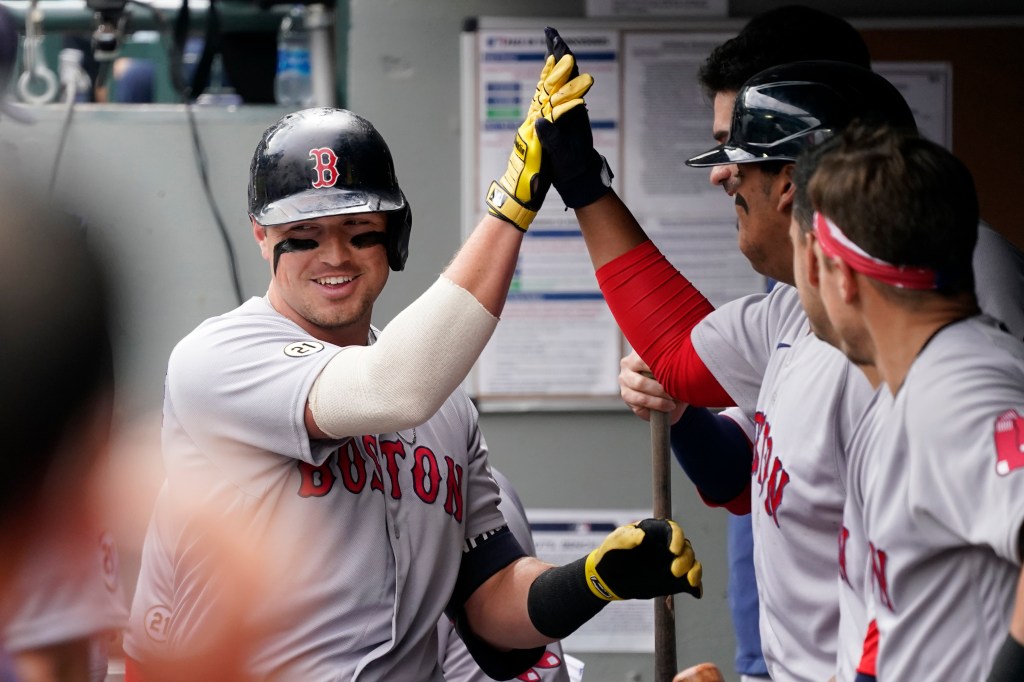 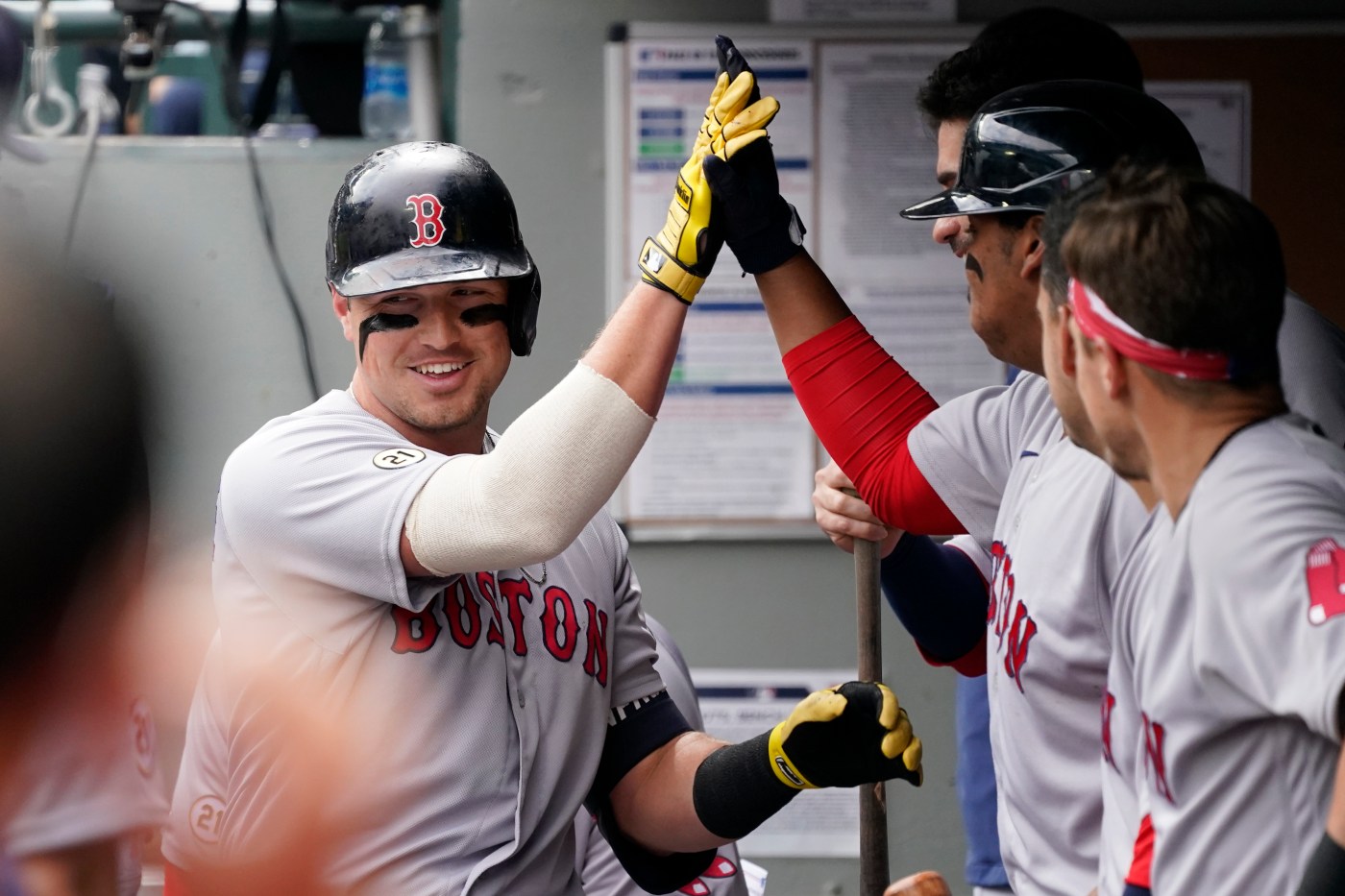 With two weeks left in the heat of a playoff chase, every game certainly matters for the Red Sox. But there was something about how they finished this difficult road trip that might go a long way into determining if they play deeper into October.

After a tough beginning to the trip, the Red Sox ended it on an emphatic high note. A night after winning in dramatic fashion, they took a close game that looked destined for more drama and turned it into a rout. The Red Sox scored six runs in the top of the 10th to break the tie and poured it on for a 9-4 victory over the Seattle Mariners and a critical series win.

With winnable games ahead of them, a handful of off days and Chris Sale coming back this weekend, the Red Sox are in a great position with 14 games to go. After going 3-3 in their six-game trip against the White Sox and Mariners, they sit tied atop the wild-card standings heading into a three-game set with the last-place Baltimore Orioles.

“It’s a happy flight,” manager Alex Cora said. “Like I said before, not too many people thought the last homestand of the season was going to mean something. Now it means a lot. Hopefully it’s going to be fun Friday and the rest of the week and we can take care of business.”

The game was tied at 3 from the third inning on until the Sox broke it open in extras. The Red Sox had recorded just one hit — Jose Iglesias’ seventh-inning infield single — in six innings before the 10th, when they figured it out against the Mariners’ bullpen as singles from Alex Verdugo, Xander Bogaerts and J.D. Martinez gave them a 5-3 lead.

Then, a familiar face was again at the center of clinching a Red Sox victory. Kyle Schwarber, a night after his three-run double sent them to a huge win, came up again Wednesday in a huge spot with one out and the bases loaded. He worked the count full before rifling a two-run single to right, which gave the Sox more than enough breathing room.

Two batters later, Christian Vazquez lofted a two-run double down the right-field line to put the icing on the cake before Martin Perez completed another big performance from the Red Sox’ bullpen to cap the win and their first series victory in Seattle since 2013.

“Hopefully this is the beginning of something great for us and we can get hot swinging the bats,” Cora said.

The Red Sox had an early 3-0 lead after Hunter Renfroe’s first-inning homer and a two-run second that included doubles from Bobby Dalbec and Iglesias. But the Mariners got it all back in the third. Renfroe was charged with his 13th error of the season on a throw to third that squirted by Rafael Devers to allow a run to score before Kyle Seager’s two-run, game-tying double.

Tanner Houck settled down to strike out the side in the fourth, but only lasted 4 1/3 innings as Cora pulled him before he could face the Mariners lineup a third time. The bullpen, though, had his back, tossing 5 2/3 innings and not allowing a run until it didn’t matter in the 10th.

“I have applauded our bullpen all year,” Houck said. “They have stepped up. They’ve done an incredible role. They are a significant part of this team and they’ve stepped up to every occasion that we’ve called upon them.”

With an eight-game homestand that includes three off days ahead of them, the Red Sox like where they’re at. Eleven of their final 14 games are against teams with a sub-.500 record, and they’ve lined it up to have Sale and Nathan Eovaldi pitch in as many games as they can. And they’re feeling good about themselves after splitting a six-game trip against two playoff-caliber teams.

“I think that gives us momentum,” Adam Ottavino said. “We’re going to have three series at home, a place we expect to win. We’re going to need to win a lot of those games, so hopefully the fans really bring it and we can bring it on the field.”

Cora similarly hopes they can ride this momentum back to Boston for a big final two weeks of the season.

“I think playing meaningful games at home, it means a lot,” Cora said. “I know last year was a tough one for the organization and for the fans. Obviously coming into the season, nobody expected this homestand to mean something for the playoff hunt. So we’re in this position. Like I said, Friday should be Chris (Sale), Friday night at Fenway, I’ve been saying all along. Hopefully it’s loud and it’s intense.

“We’ve got plenty of games at home, and we’re really good at home. We took care of business here. Just enjoy the families. Hopefully nothing happens off the field as far as like COVID and all that, and we’re ready to go on Friday.”