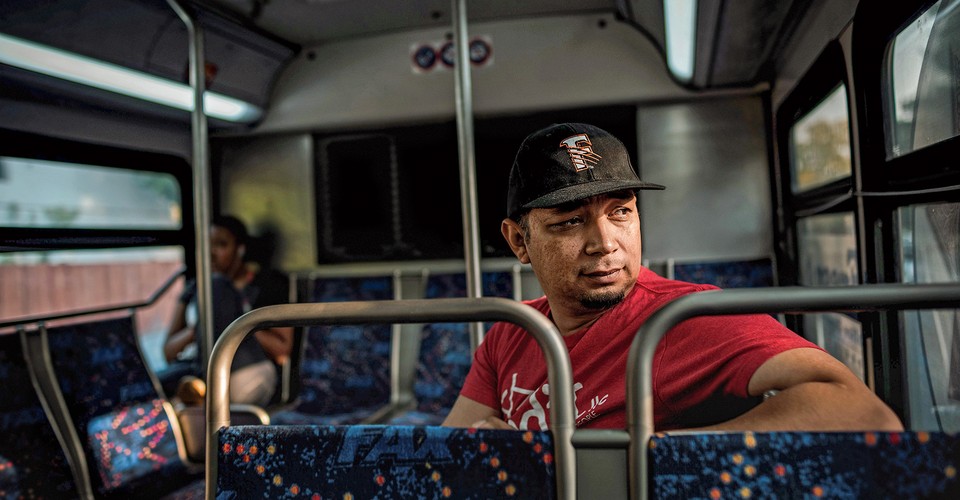 One family’s journey into the middle class

In 2015, after years of working low-wage jobs, Vinson Fernandez enrolled in a six-month web-developer training course at Bitwise Industries, a tech incubator in Fresno, California, whose mission is to build a more diverse, inclusive talent pool in the industry. Fernandez lived solely off government assistance, which meant he had just a few hundred dollars each month to support his two children, Lily and Tayvin, and his wife, Brittney, who was pregnant with their third child, Ila, and not working. He often skipped meals himself. Fernandez completed the program and secured a paid apprenticeship at a company affiliated with Bitwise. Later, he got a job as a back-end developer for an employee-benefits-software firm, where he worked from 2017 until 2020. Last year, Bitwise hired him as a full-time back-end developer and instructor. His new career broke a multigenerational cycle of economic precarity. For the first time, Fernandez and his family could plan for a more stable future.

The Fresno-born photographer Ryan Christopher Jones has documented the Fernandez family’s path for the past five years. Jones’s photos chart their progress toward the middle class: scenes of joy (a new bunk bed for the kids) alongside moments of exhaustion (Fernandez working on his laptop with a child at his side). This kind of mobility is rare. Roughly one in five Fresno residents lives in poverty, and Latinos account for more than 50 percent of poor Californians even though they make up less than 40 percent of the population. Throughout the years that Jones has spent with the Fernandez family, Fresno’s growing tech industry (and gentrifying downtown) has begun to transform the city’s reputation as a farm town, and has increased the cost of living. The same industry that lifted the Fernandezes out of poverty threatens to make their gains short-lived.

The pride that Vinson Fernandez takes in his accomplishments is also tinged by worry about life’s unknowns; a few years ago, a car accident caused by a drunk driver threatened his family’s financial security. A pulsating fear of failure haunts Fernandez. “In the past, success was so temporary that I could never get too complacent,” he told Jones last year. Even now, he said, “I don’t want to feel like I’m doing enough.”

This article appears in the November 2021 print edition with the headline “A Foothold in Fresno.”