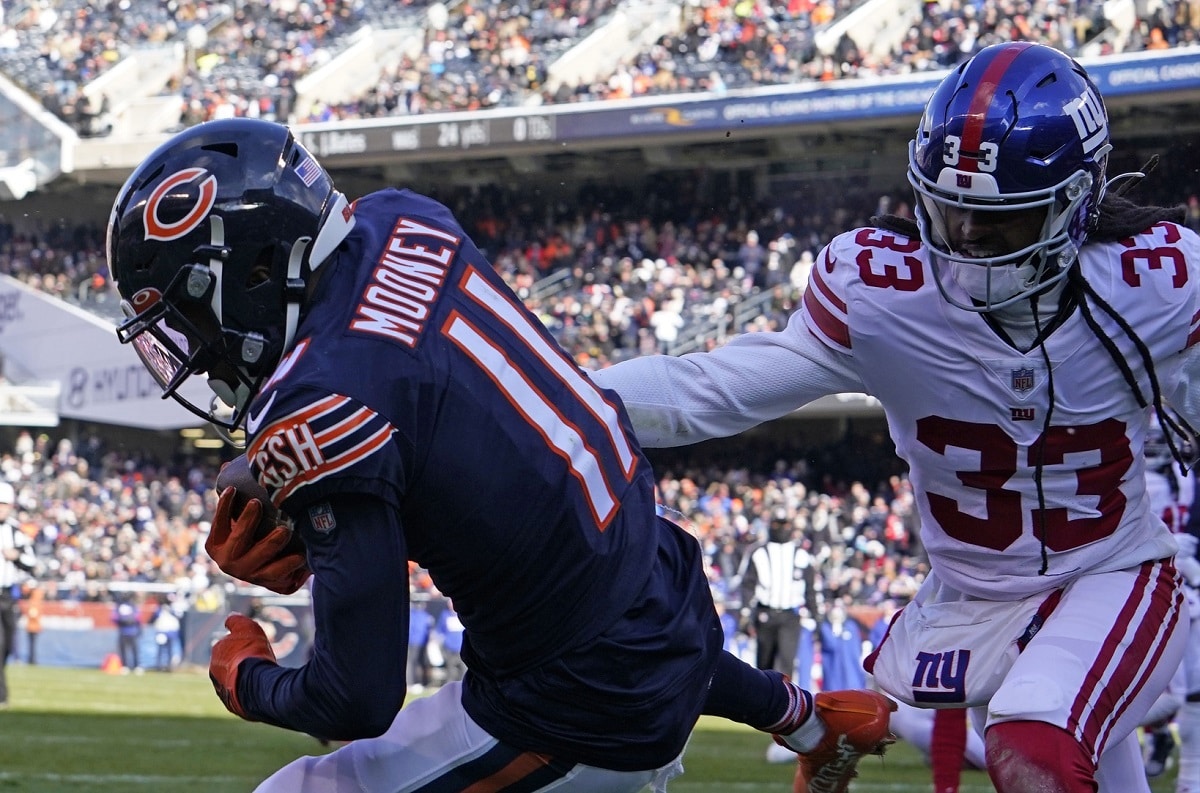 The Chicago Bears have undergone a massive series of changes over the past few months. GM Ryan Poles and head coach Matt Eberflus took over in January. Since then, they’ve overturned more than half of the roster, trying to clean out the dead weight and start the process of a rebuild. One position that has seen the most changes in that time is the wide receiver group. Darnell Mooney is the only name left on the depth chart with significant playing time in a Bears uniform.

The consensus from fans and experts is underwhelming. They feel Poles wasn’t aggressive enough in free agency or the draft to secure Justin Fields better weapons. It didn’t help that every other team that drafted a 1st round QB in 2021 (Jaguars, Jets, 49ers, and Patriots) all were. However, former Bears scout Greg Gabriel isn’t buying into the noise. He believes the team has a more capable wide receiver room than people think. He broke down his reasons why on Sports Talk Chicago with Jon Zaghloul.

From his point of view, the Bears got a genuine playmaker in Byron Pringle that isn’t getting much attention, less because of his ability and more because he was low man on the totem pole in Kansas City. With more targets coming his way in 2022, Gabriel believes the 28-year-old is poised for a breakout. As for the Mooney slander, he set the record straight. No, he’s not a #1 receiver. He is also not a #3 receiver. He is firmly established as one of the better #2 receivers in the NFL.

The Chicago Bears would like to have somebody that is a #1, but those aren’t easy to find. They could do a lot worse than Mooney as their primary guy for the time being. From there, the raw talents of guys like Velus Jones and Equanimeous St. Brown give them something to work with. Luke Getsy is a former wide receivers coach. He knows how to develop them. It is even better if they can also get something from veterans like Dante Pettis or Tajae Sharpe.

Sure, this isn’t the nuclear arsenal Joe Burrow currently enjoys in Cincinnati, but to call what the Bears have useless is overselling it way too much.