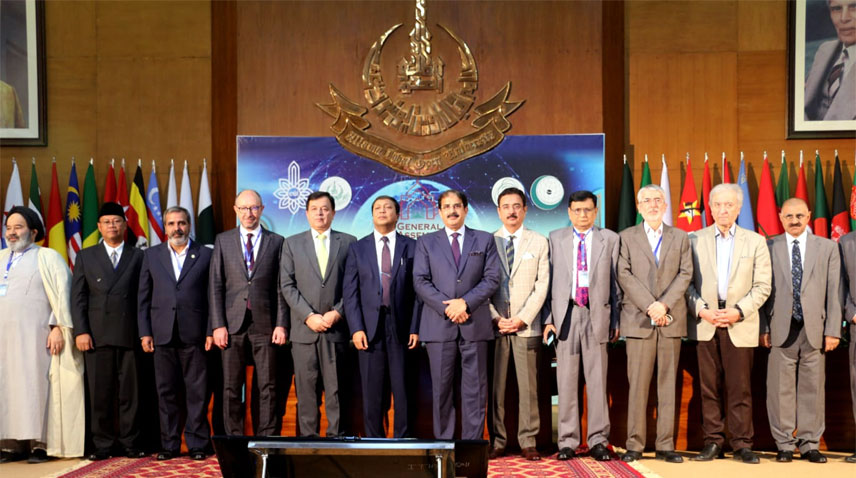 The session was attended by the Vice-chancellors, rectors, and senior academicians from virtual universities of Syria, Malaysia, Indonesia, Bangladesh, Iran, Turkey, Tunisia, Gabon (Africa), Chad (Africa), and other countries, while heads of 34 member universities participated virtually.

Addressing the session, Coordinator-General CINVU Prof. Dr Muhammad Iqbal Chaudhry lauded the capacity of Muslim youth and said that the population under the age of 23 in the Islamic world was about 1.56 billion and that the network could play a key role to provide educational development in member countries. He further said that the main difference between developed and developing countries was the current gap in the fields of education and research.

President, Executive Committee CINVU and Vice-Chancellor Allama Iqbal Open University Prof. Dr Zia Ul-Qayyum remarked that the online or virtual mode of education was the most important need of the hour. He said the entire world realized that it was impossible to provide education without an online system during the COVID-19 pandemic.

“Proposals and recommendations will be formulated after discussions which will be presented in the next meeting of the general assembly of CINVU for approval and implementation.”

Vice-Chancellor, Quaid-e-Azam University (QAU), Prof. Dr Muhammad Ali also addressed the session and said that AIOU had made significant progress in the last three years under the dynamic leadership of Prof. Dr Zia Ul-Qayyum. He said that QAU has also started the process of digitalization, and we have requested AIOU for assistance.