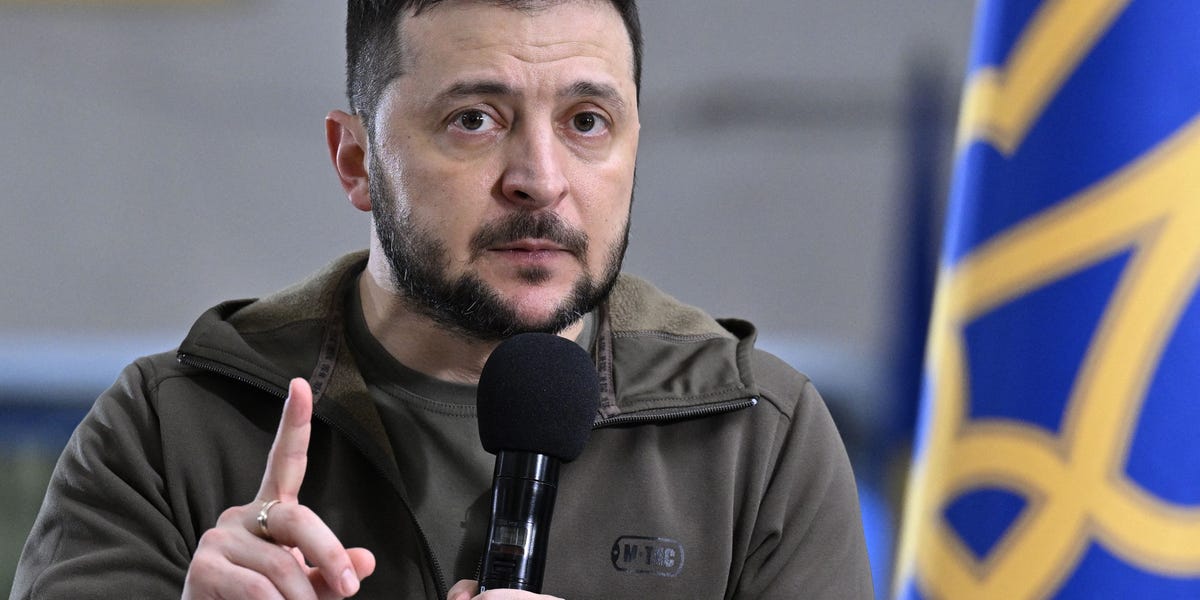 The Ukrainian manager runs the US operations of M-TAC, the company behind one of the signature olive green fleece jackets the Ukrainian leader has been sporting since Russia invaded his country.

Demand for the zip-up jacket soared since the conflict began, Rudnytskyi told Insider, and he’s been fielding queries from people all over the world wanting to buy one ever since. “The demand for [the fleece] is very high,” he said.

The company makes the fleece entirely in Ukraine, but it focused on producing solely for the country’s military after the war began, meaning stocks soon ran out.

“We hope to restock it someday, maybe after our victory,” Rudnytskyi said, adding that hostilities have made it difficult to continue any type of production. “Right now it’s impossible.”

Zelensky has frequently been pictured wearing an M-TAC fleece throughout the conflict, such as during his meeting with House Speaker Nancy Pelosi in April. The item also frequently features in his televised addresses to Ukraine and the rest of the world.

Zelensky’s leadership during the invasion has attracted praise from Ukrainians and international supporters alike.

“Zelensky now is like a rockstar,” said Rudnytskyi, saying it explains why people want to dress like him and why there have been so many requests for the fleece.

One of Zelensky’s M-TAC jackets that he had signed was auctioned for £90,000 ($110,000) at a May 5 charity fundraiser hosted by the Ukrainian embassy in London.

Demand from Ukrainians for other items made by M-TAC has also risen since the conflict began. Rudnytskyi said its products are practical and functional especially during wartime, which is why the military is also a customer.