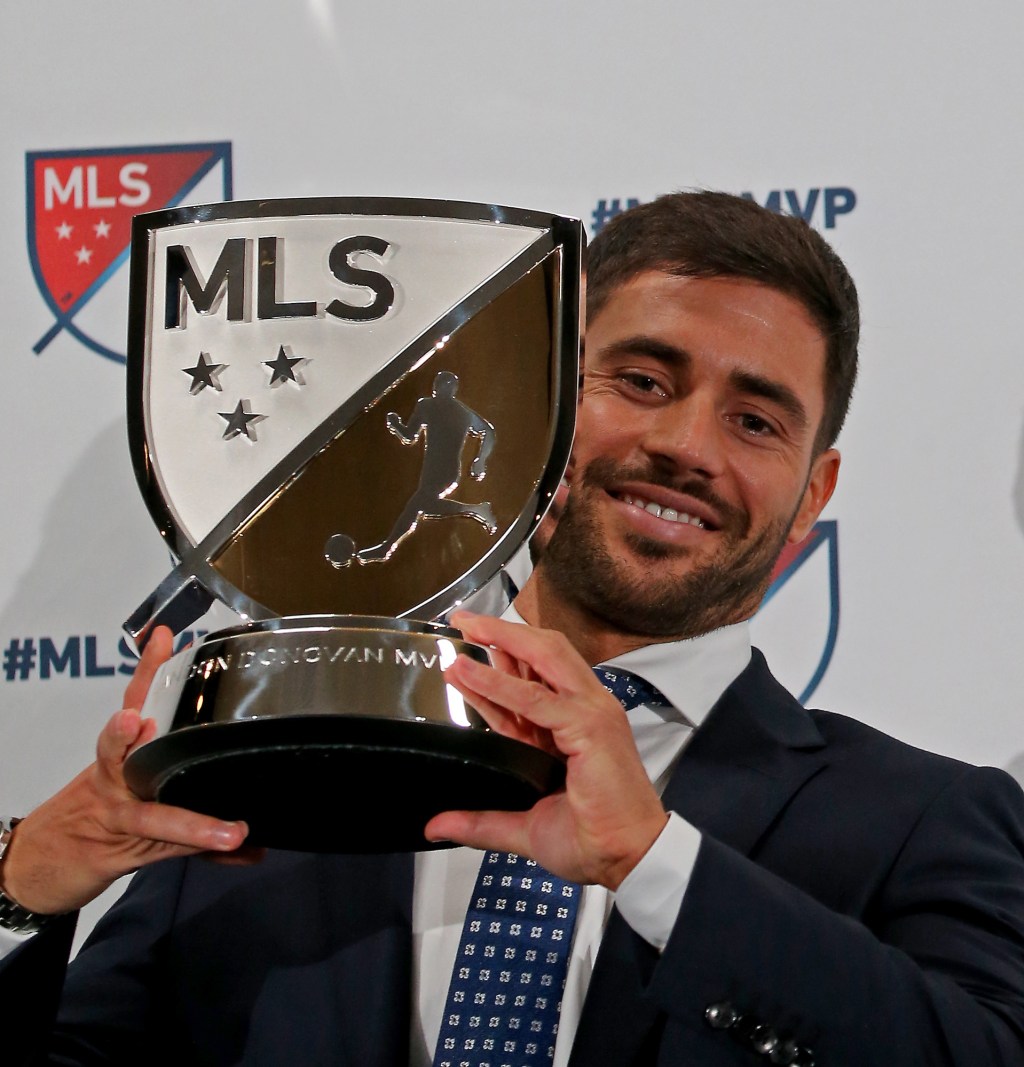 The MLS electorate is diverse by design but it spoke with one voice in favor of New England Revolution midfielder Carles Gil.

The Revs’ star was presented with the Landon Donovan MLS Most Valuable Player Award on Tuesday afternoon during a ceremony inside the Optum Field Lounge at Gillette Stadium.

The event was hosted by former Revolution striker Taylor Twellman, an ESPN soccer analyst who won the award with New England in 2005, and Revolution owner Robert Kraft, team president Brian Bilello and sporting director and head coach Bruce Arena participated in the presentation.

Gil was accompanied by his wife Maria and the proceedings included video highlights of his big plays from the Revolution’s historic 2021 regular season, which saw the team win its first Supporters Shield with an MLS record 73 points.

“The award is voted on by really three groups,” said Bilello. “It is the players, sporting staffs from the different clubs and the media that covers soccer in our country and Carles won all three of those votes running away.

“Whether it is Carles’ peers, whether it is his foes or the media which covers the teams, all of them unanimously chose Carles as their MVP for the season.”

The Revolution were 10-2-4 when Gil scores a goal, 22-0-7 when he records an assist and 5-0-1 when he has a goal and an assist. Great playmakers need finishers and Gil had his choice of three phenomenal international goal scorers in Adam Buksa (Poland), Gustavo Bou (Argentina) and Tajon Buchanan (Canada).

Buksa led the team with 16 goals in the regular season while Bou was tied for fourth in MLS with 24 combined goals and assists. Buchanan had eight goals and five assists in 27 games. Bou and Buchanan were Gil’s targets in open play while Buksa was his header of choice on set pieces.

Buksa and Bou were the goal scorers in the Rev’s 2-2 shootout loss (5-4) to NYCFC in the MLS Cip Eastern Conference semifinal on Nov. 30 at Gillette Stadium.

“It is a pleasure to play with those types of players and all of them really are incredible to me,” said Gil, who showed emotion during his acceptance speech.

“They make my role easier with the guys we have up top. Adam has a great game in the air and can capitalize on those passes and Gustavo and Tajon are incredible players.”

Arena, who was named MLS Coach of the Year, has a unique perspective on the award as he has coached Gil for parts of three seasons and Donovan over seven campaigns (2008-2014) with the LA Galaxy. While Donovan was a finishing forward and Gil creates scoring chances in the midfield and on set pieces, they were both impact players in their own right according to Arena.