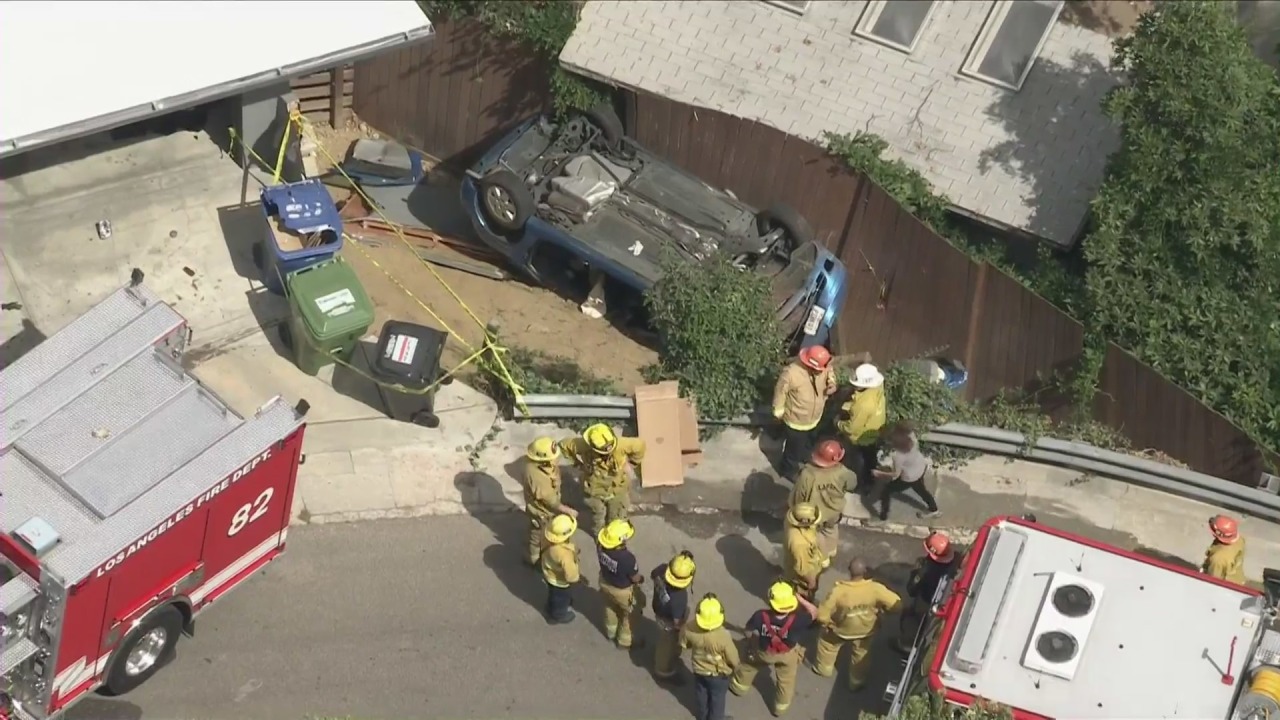 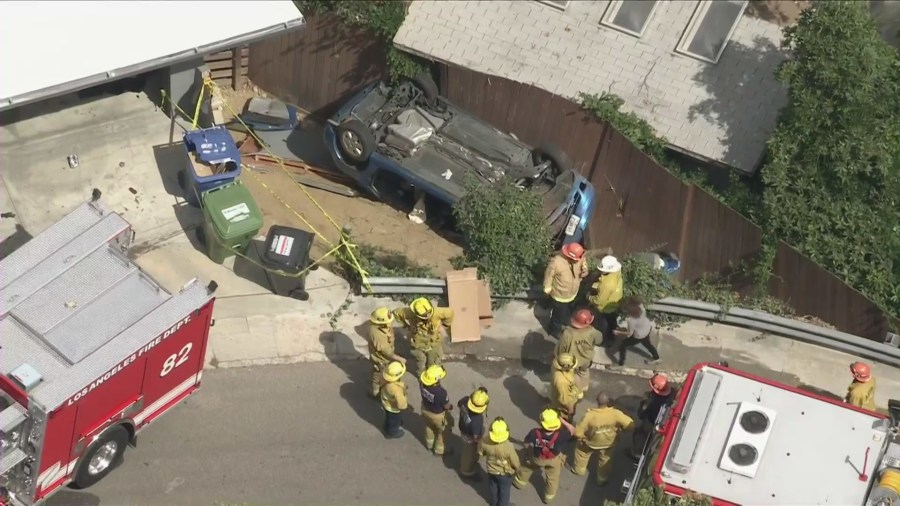 One person was pulled from a car that overturned down a Hollywood Hills embankment and landed near home Wednesday morning.

The incident was reported around 9:30 a.m. at 3174 N. Deronda Drive, according to the Los Angeles Fire Department.

Around 10:25 a.m., LAFD said one person had been extricated from the overturned vehicle, which came to rest about 20 feet down an embankment “on or near” a multi-story residential structure.

Aerial video from Sky5 showed the vehicle on its roof, resting on a wall or fence alongside the structure.

Occupants of the building were evacuated after the incident. Officials said it is unknown if the structure was compromised as a result of the crash.

LAFD reported transporting a woman to a local hospital in fair condition, but it’s unclear whether she had been in the overturned vehicle or outside.

It’s also unclear what caused the vehicle to overturn.

No further details were available.