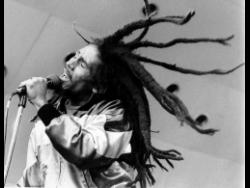 Singer Beverley Kelso, one of the founding members of the original Wailers with Bob Marley, Peter Tosh, Bunny Wailer, Junior Braithwaite and Cherry Smith, will be honoured with a United States Congressional Proclamation from Congresswoman Yvette D. Clarke. The proclamation will be presented to Kelso at the upcoming Westchester Reggae Festival on May 29, the organisers have announced.

Kelso was thrust in the spotlight in 1963, when, at age 14, Marley asked her mother to let her be a part of The Wailers. The arrangement was that Marley would pick up Kelso at her home, take her to the studio, and back home when the session was done.

Kelso’s distinctive voice can also be heard on tracks It Hurts To Be Alone and Lonesome Feeling. The US-based singer reportedly sang on more than two dozen songs by the group, up until her departure in 1965. She eventually migrated to the US in 1979, where she still lives. The deaths of Bob Marley, Peter Tosh, Junior Braithwaite, Cherry Smith and Bunny Wailer has left Kelso as the only surviving founding member of the group.

“I have always been intrigued by her quiet demeanour and her fascinating story,” Bullens shared. “After years of being silent, in 2009 we were fortunate to have interviewed her on Caribbean Lifestyle TV in New York. She spoke candidly about being a member of The Wailers and her friendship with ‘Lesta’ (as she affectionately calls Bob Marley) and the group’s rise to fame in the early 1960s. Marley and Beverly had a very, very close relationship, but it was not romantic in any way,” Bullens explained.

“This is before Rita and the kids became a part of Bob’s life. She knows a lot about the formative years of The Wailers, when the group had just started to gel. She has a fantastic memory of the young ‘Lesta’ Marley. She has told me some very interesting stories about her life that she has not shared before. I know many people would love to hear her story,” she added.

Bullens said she is excited that Kelso will finally be honoured and acknowledged for her contribution to The Wailers.

The Westchester Reggae Festival will feature, among others, Studio One veterans Marcia Griffiths, Leroy Sibbles and Johnny Orbourne. All acts will be backed by Derrick Barnett and the Statement Band.