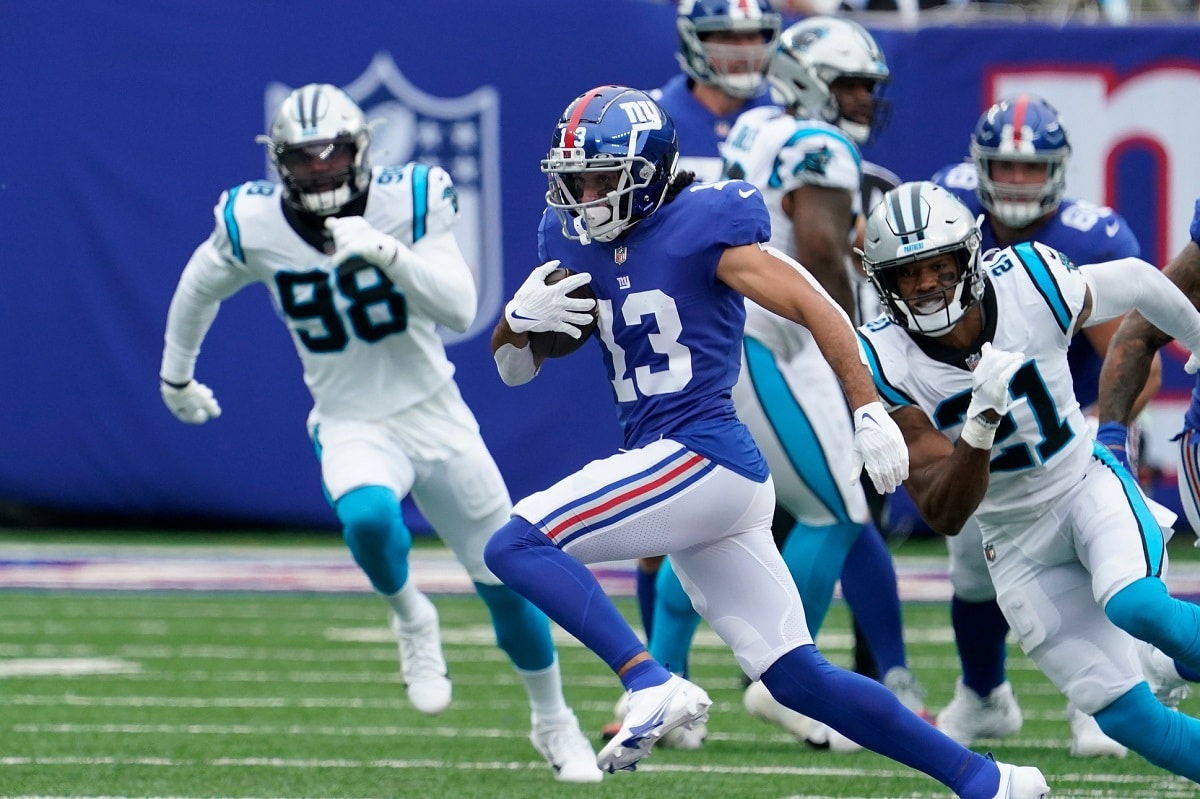 The Chicago Bears continue to get hammered left and right by national critics regarding their off-season approach. They believe GM Ryan Poles did a poor job restructuring the offense around Justin Fields, failing to fix the offensive line and not adding any significant upgrades at wide receiver. All of this while other teams that drafted quarterbacks last year have thrown tons of money and high draft choices at the problem. Poles has instead opted for bargain options like Byron Pringle, Tajae Sharpe, and Dante Pettis.

He seems intent on adding younger, cheaper players that might not have had enough opportunities at previous stops. Perhaps with a wide-open competition in Chicago, they can finally realize some of their potential. While Pringle is a prominent part of their plans, it sounds like another name to watch is Pettis. A former 2nd round pick in 2018, he flamed out with the San Francisco 49ers. Head coach Kyle Shanahan criticized him for not taking advantage of his opportunities at the time. Have things changed?

He worked with Pettis for one and a half seasons from 2020 through 2021. During that time, the receiver didn’t play much, but he seemed to do well whenever he got chances. On 21 total targets during his Giants run, he made 14 catches for 163 yards and two touchdowns. Solid production. Tolbert explained during his recent presser that he feels the 26-year-old is capable of contributing more. Much more.

“I think he’s motivated to play, motivated to make plays,” Tolbert said. “I don’t see him as a guy who is kind of bouncing around and just kind of happy to be in the league. I don’t think that’s him. He wants to go in there and compete and make plays.”

“I know his skill set,” Tolbert said. “It’s just a matter for everybody else to see what I saw. It’s a guy who can play inside and outside. A smart guy who can come in and learn the offense really quickly and bring some veteran presence. He has some vet savviness to him when he’s running his routes. Every time he had the opportunity to make a play with us with the Giants, he did.”

There is no question this might be the best opportunity Pettis will ever get. The Bears receiving corps is anything but stacked. Darnell Mooney is the only proper go-to guy they have. Pringle will get strong consideration, as will 3rd round pick Velus Jones, but it’s basically anybody’s race outside of that. If Pettis can put together a good training camp and preseason, he may find himself in the mix for serious playing time.

It has happened several times in the NFL over the years. Jimmy Smith was a 2nd round pick in Dallas in 1992 and hardly played during his first four seasons. Then he signed as a flier in Jacksonville and went to five Pro Bowls. Amani Toomer failed to crack 400 yards in his first three seasons for the New York Giants. Then he had five straight years over 1,000 yards. It doesn’t happen often, but it’s been known to happen before.

Sometimes all a player needs is an opportunity and somebody that believes in them. Dante Pettis may finally have both in Chicago. The competition ahead is wide open, and Tolbert is somebody that clearly thinks he has something to offer. The Bears have scored a future contributor for pennies if he’s right. This is why bargain shopping can be beneficial sometimes.

Throw enough hooks in the water and something good will bite.

It is a low-risk-high-reward proposition for Chicago. They know Pettis has talent. His mixture of size, speed, and quickness was why he was drafted so high in the first place. For whatever reason, it didn’t work out at his previous stops. That doesn’t mean he’s a lost cause. Not yet.